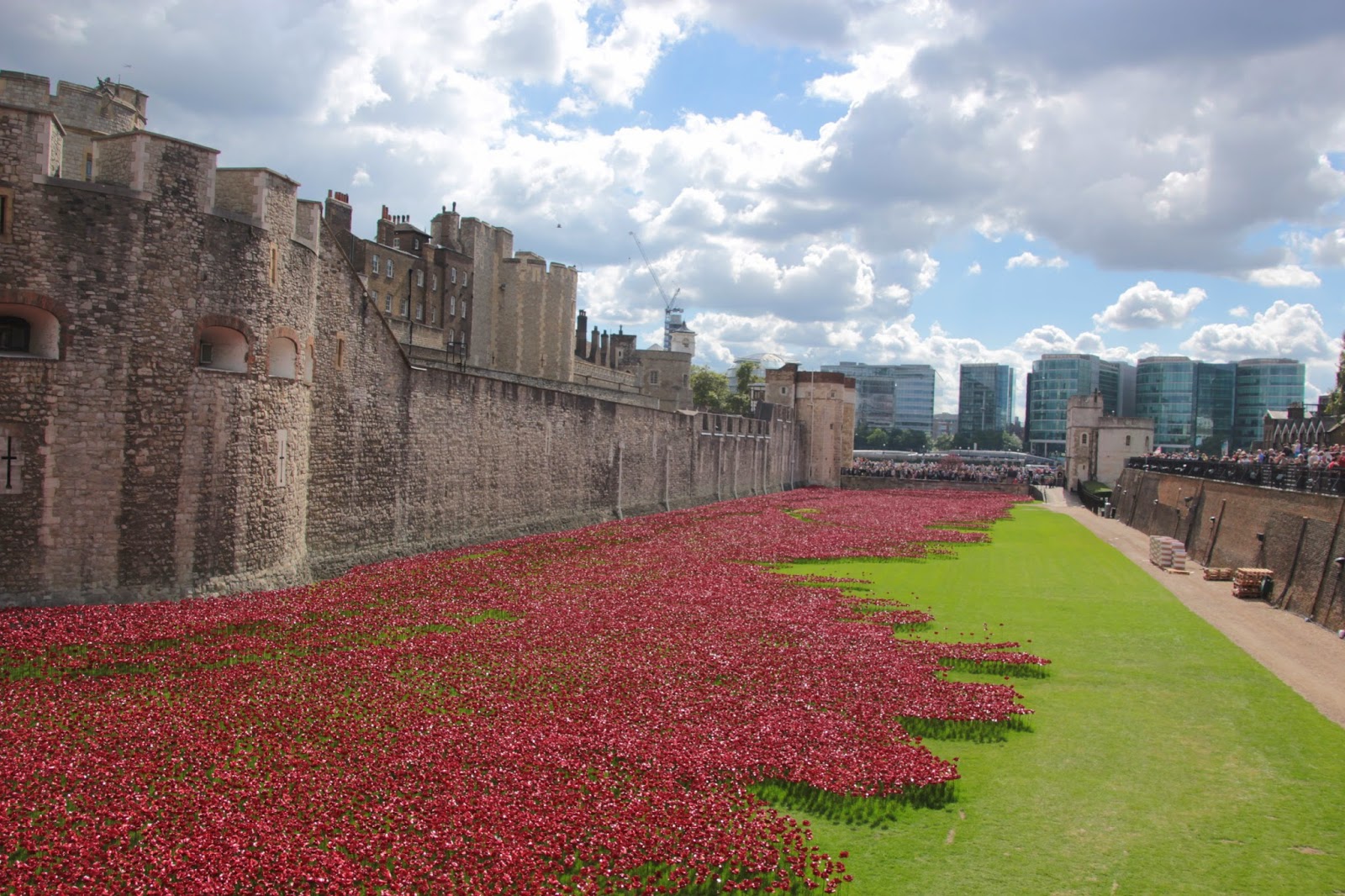 It was OH's birthday in August. He's a difficult man to buy for and I was beginning to struggle to have an idea until I read about an installation of poppies at the Tower of London to commemorate the centenary of World War One and that you can buy the poppies after the art work ended. Hurrah! So this weekend we went to visit his gift. 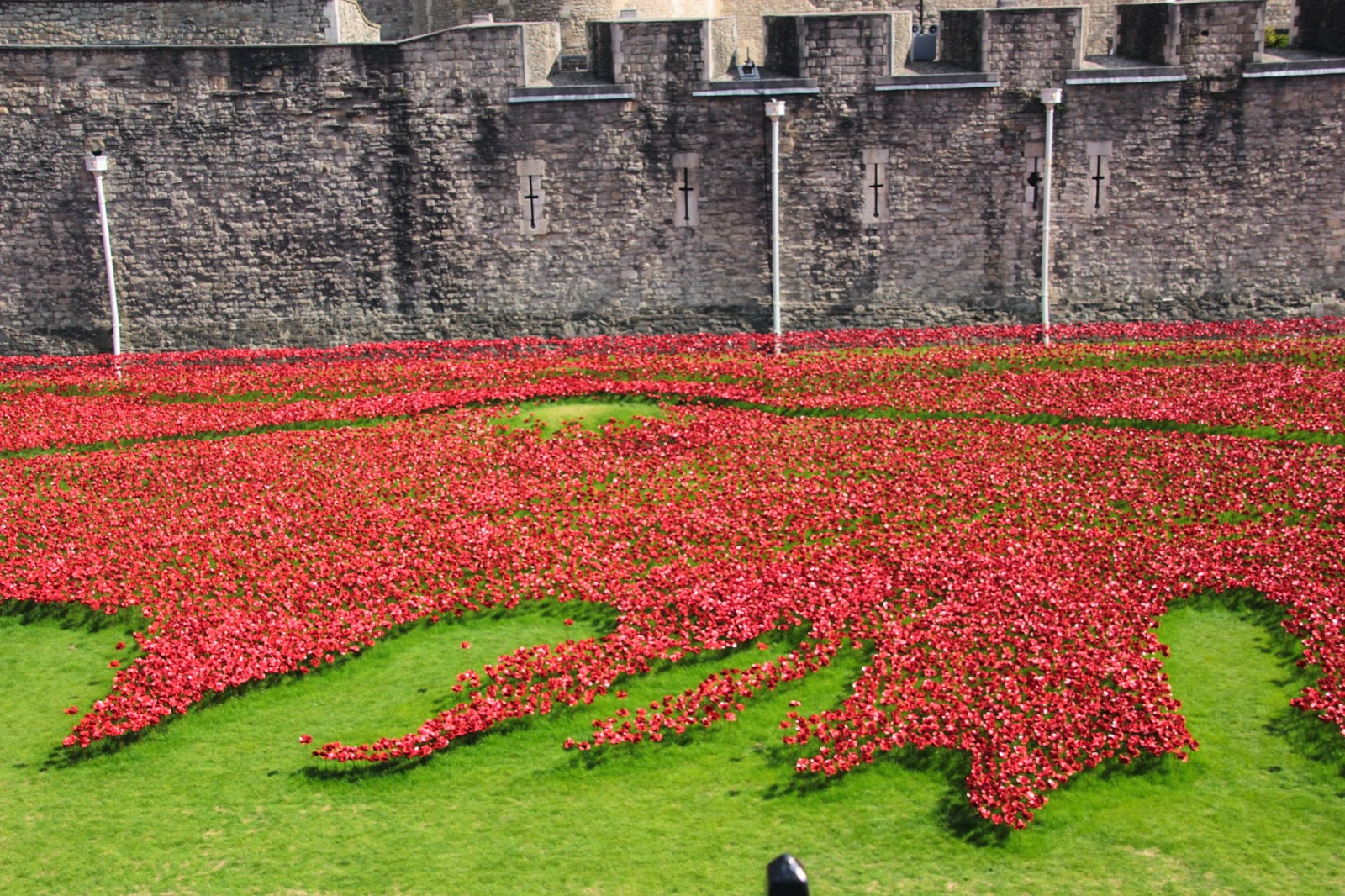 And it was stunning ! A sea of ceramic poppies in what was the moat of the Tower of London. 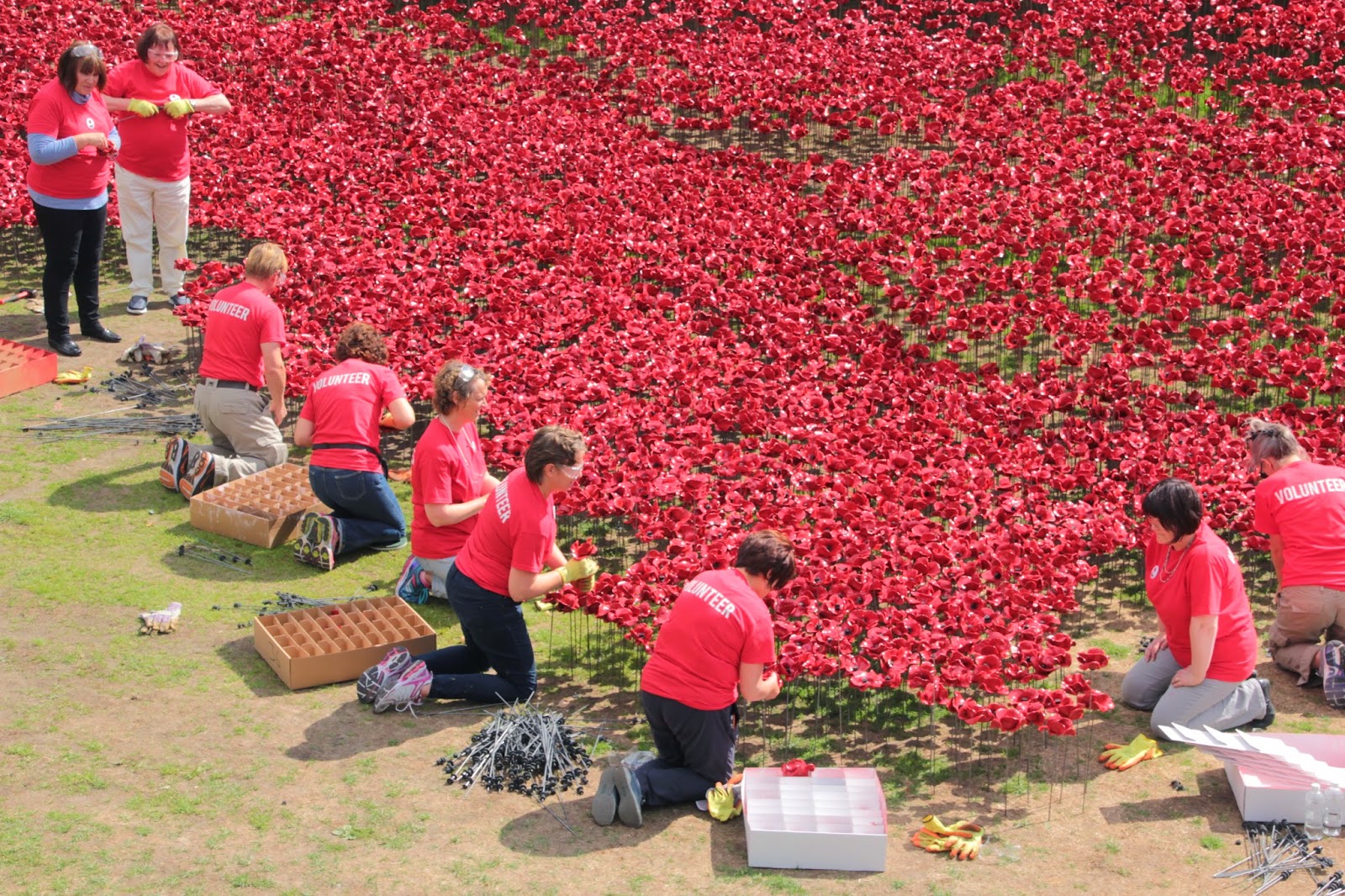 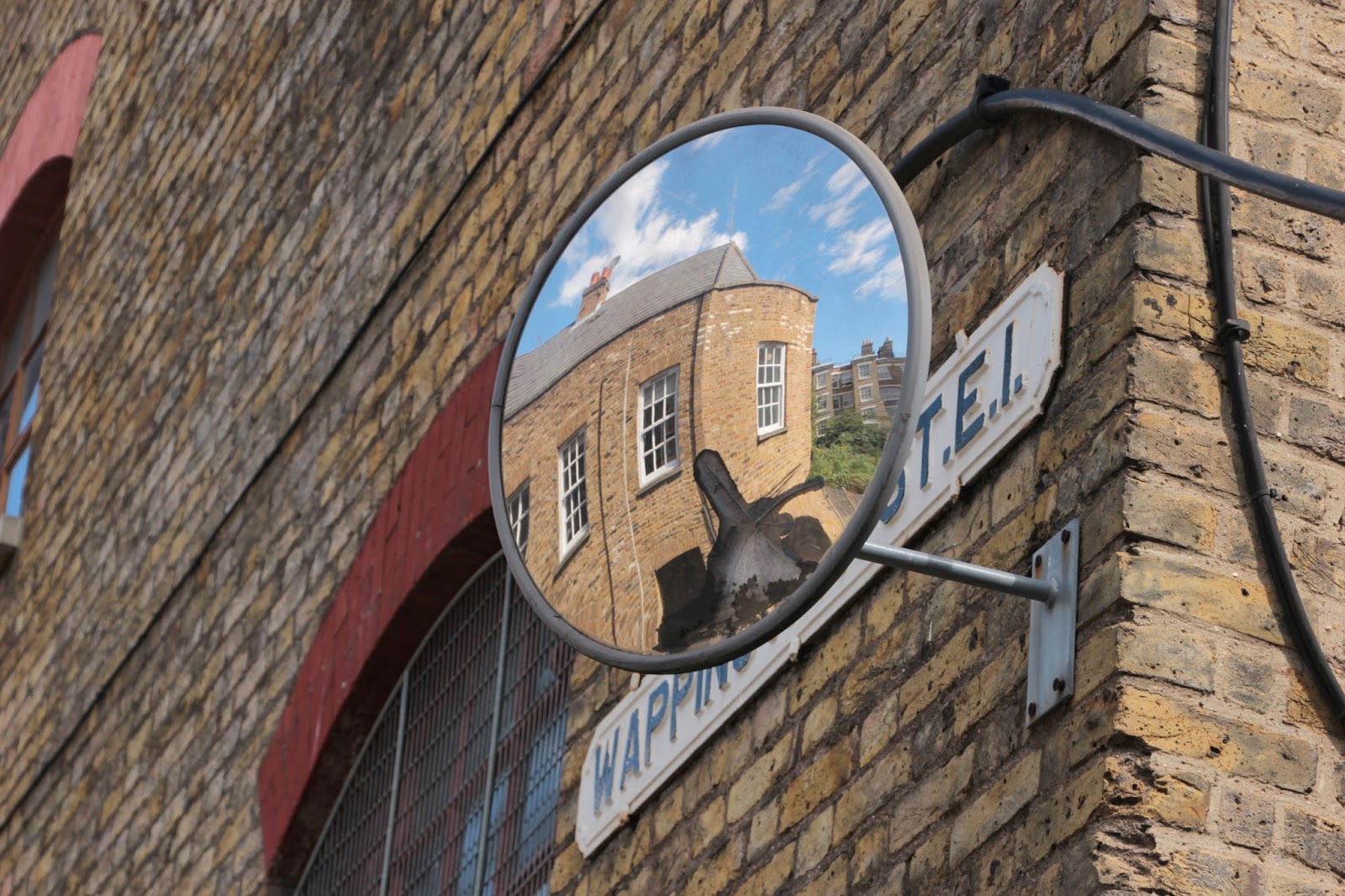 Now OH and I like to walk the streets of London and this week we decided that once we had visited the Tower we would do a Bloody Pubs walk which was featured in Time Out a couple of months ago. So off we went to Wapping to see the sites of where Pirates took their last drink before execution. Yes you can see a happy walk but we spotted things we wouldn't necessarily see. 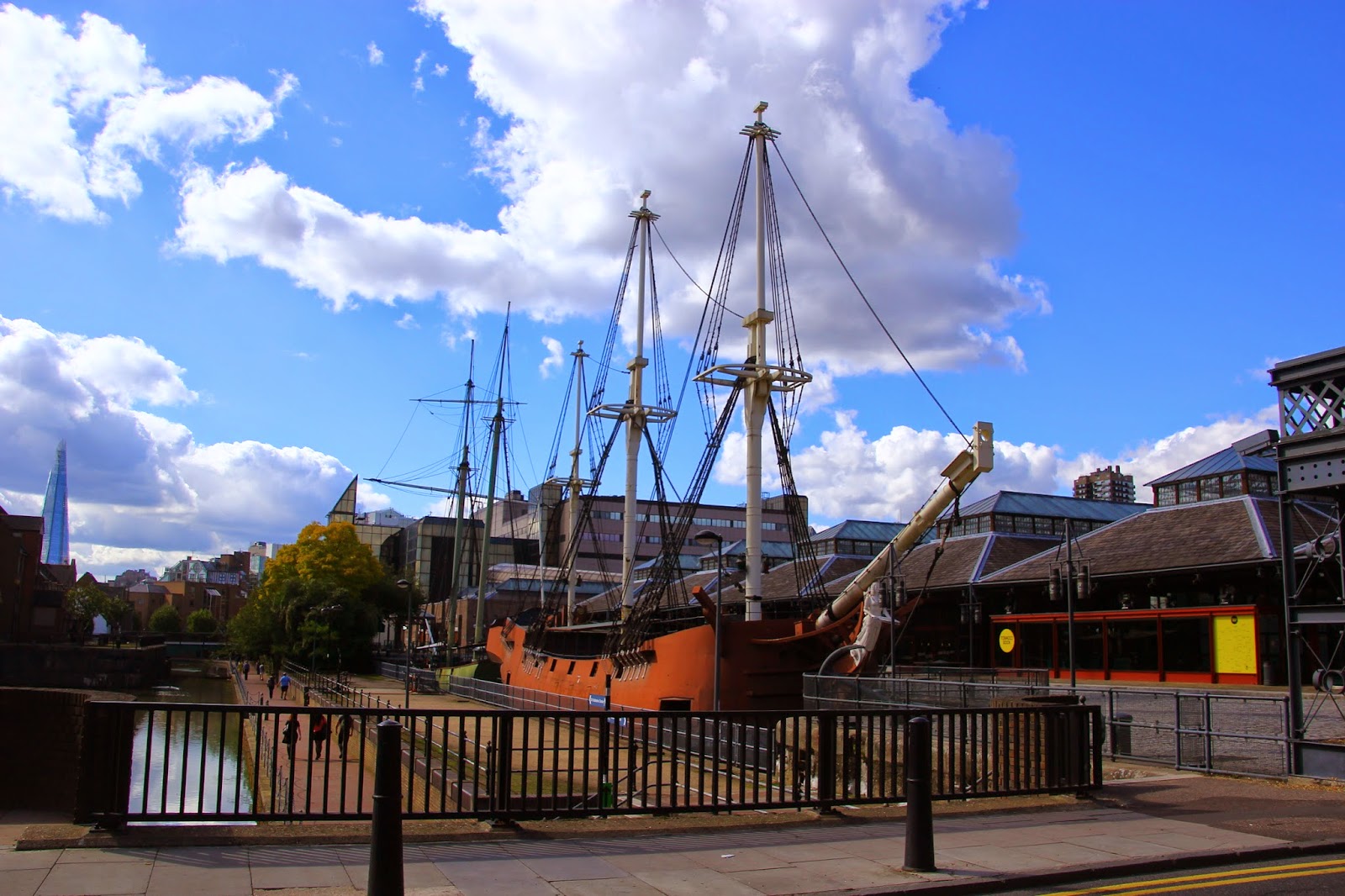 On  the way up to Shadwell  we came across Tobacco dock which I'd never even heard of before with these amazing ships resting outside. 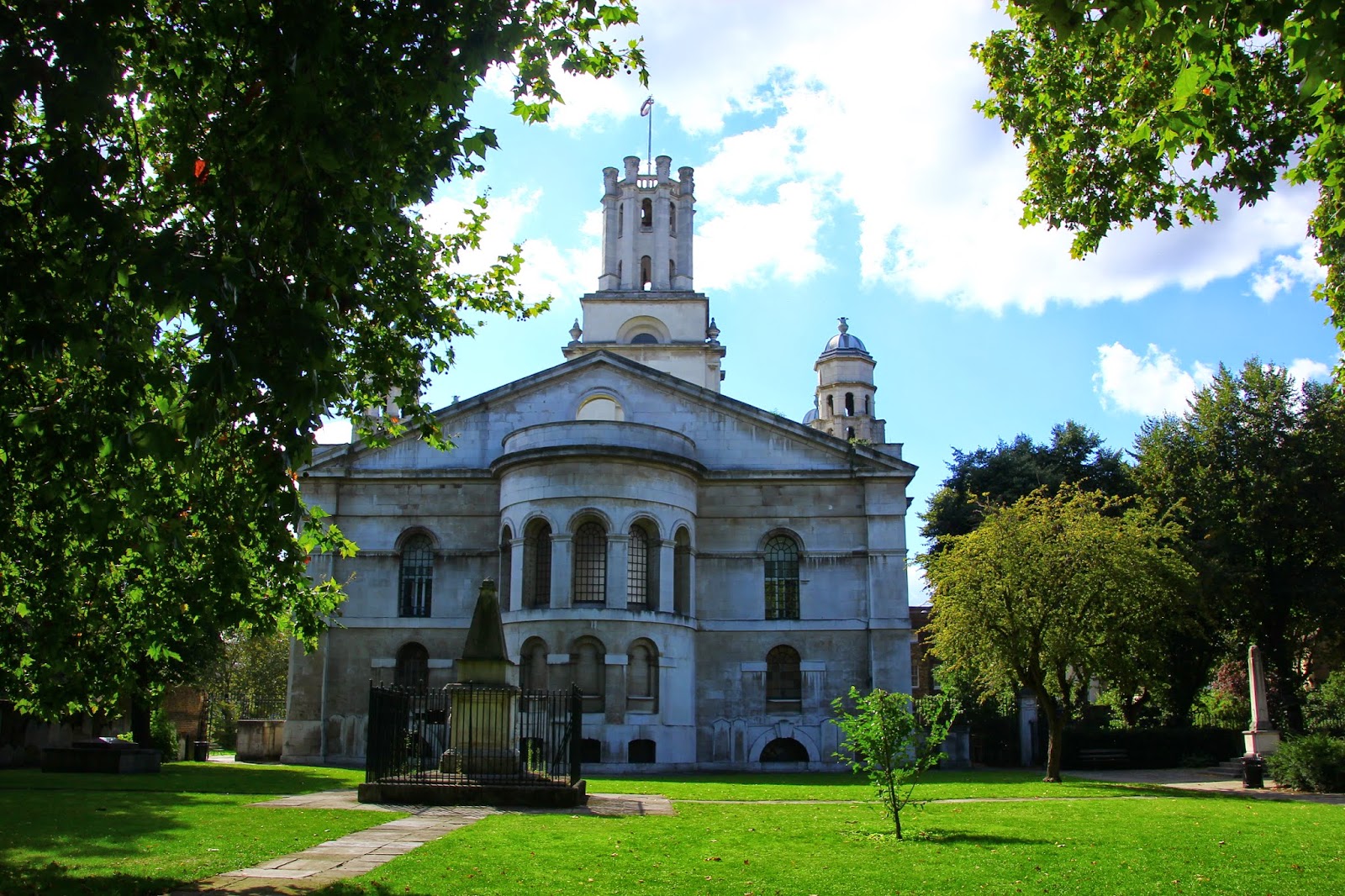 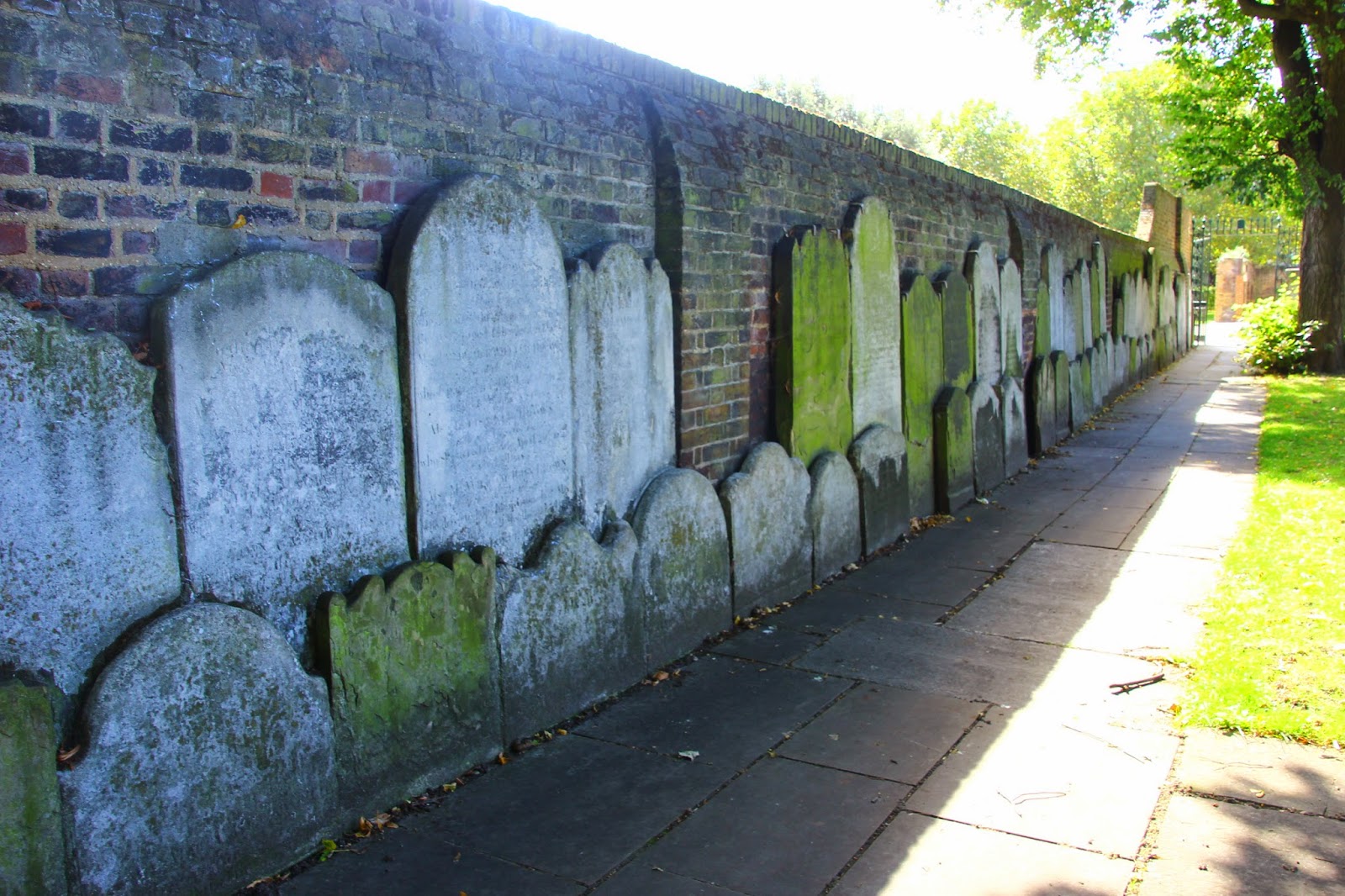 with gravestones lined up against the wall 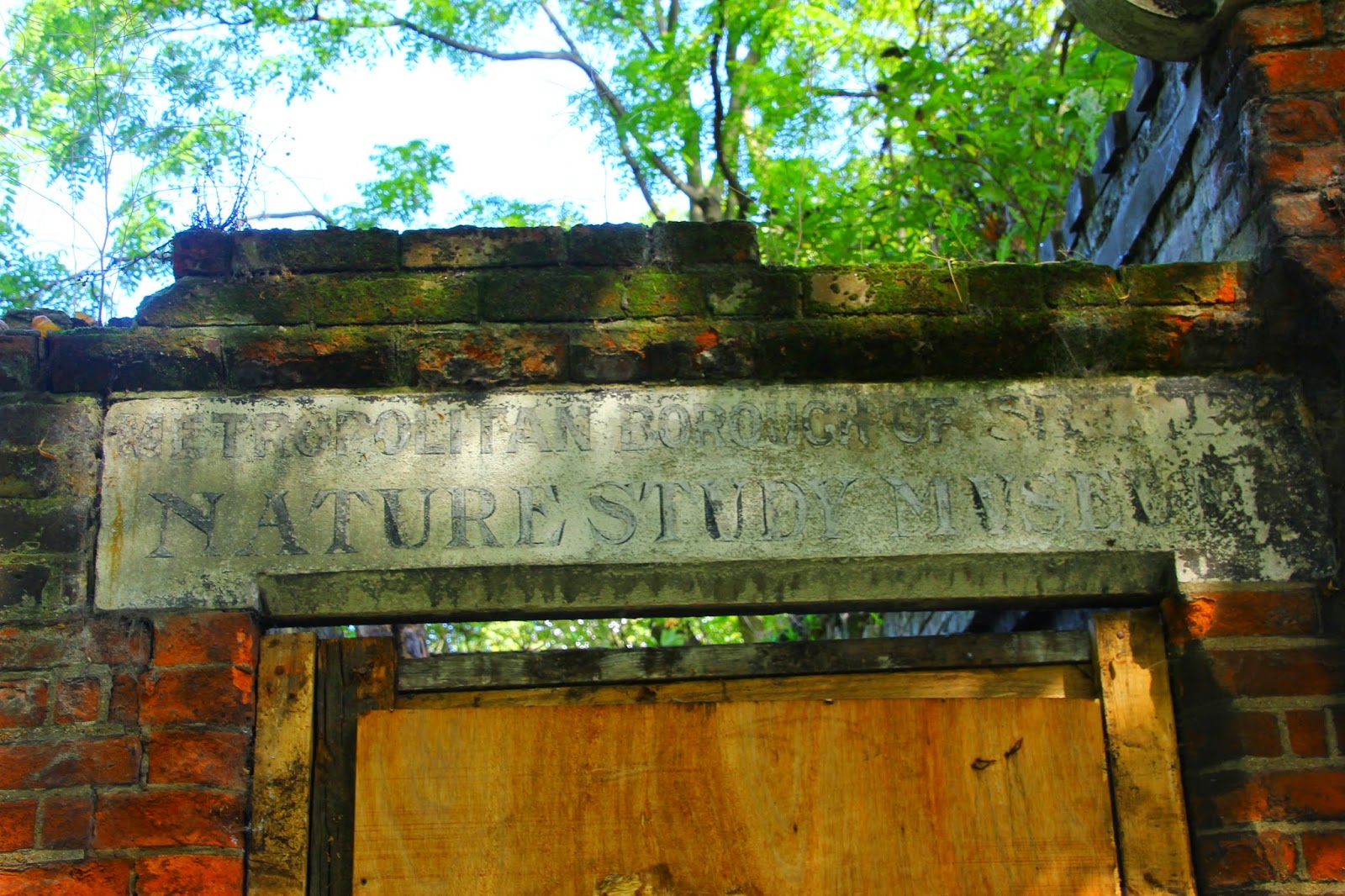 There was also a very derelict building which used to be the Nature Study Museum... clearly it had seen better days! 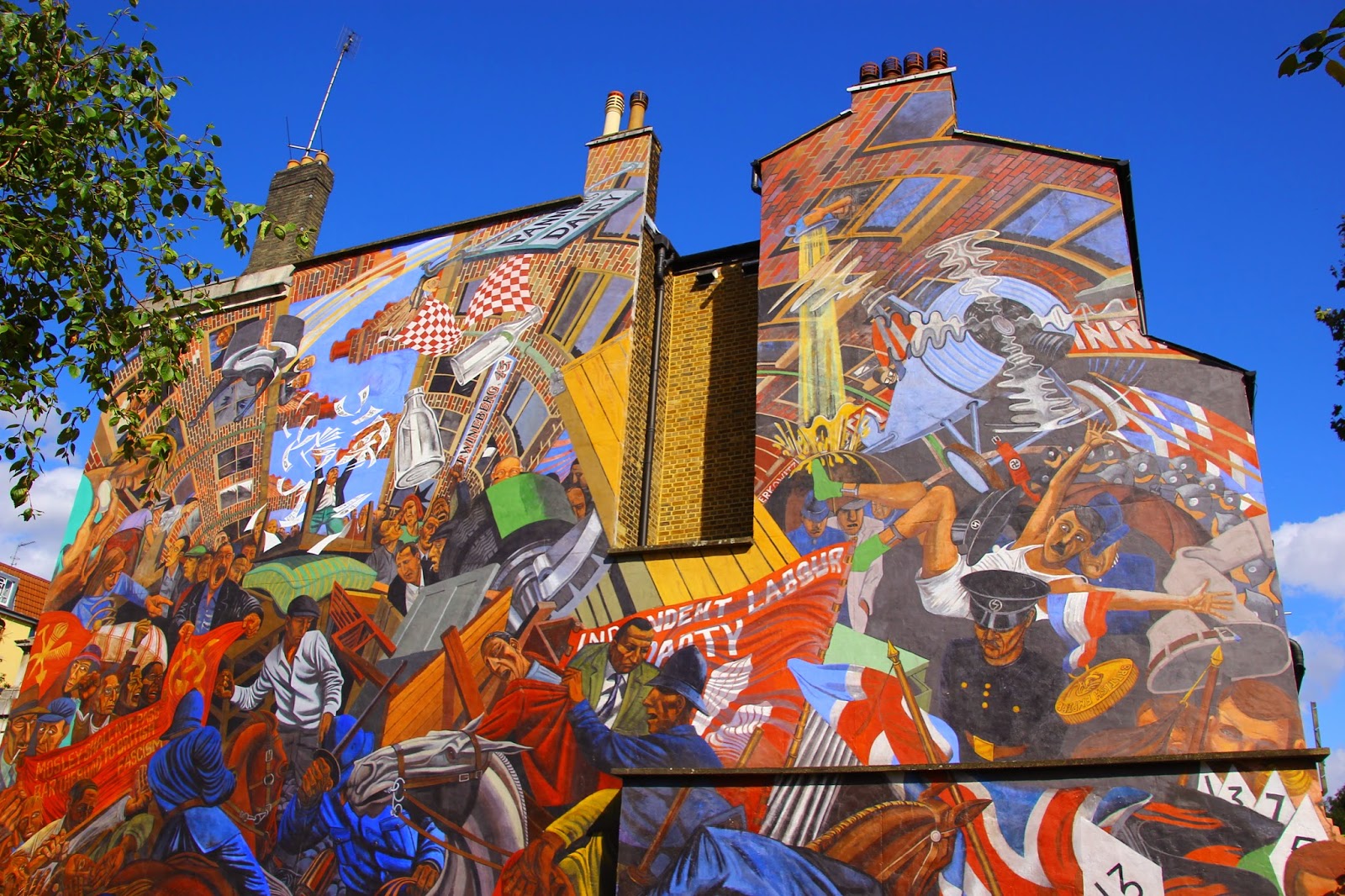 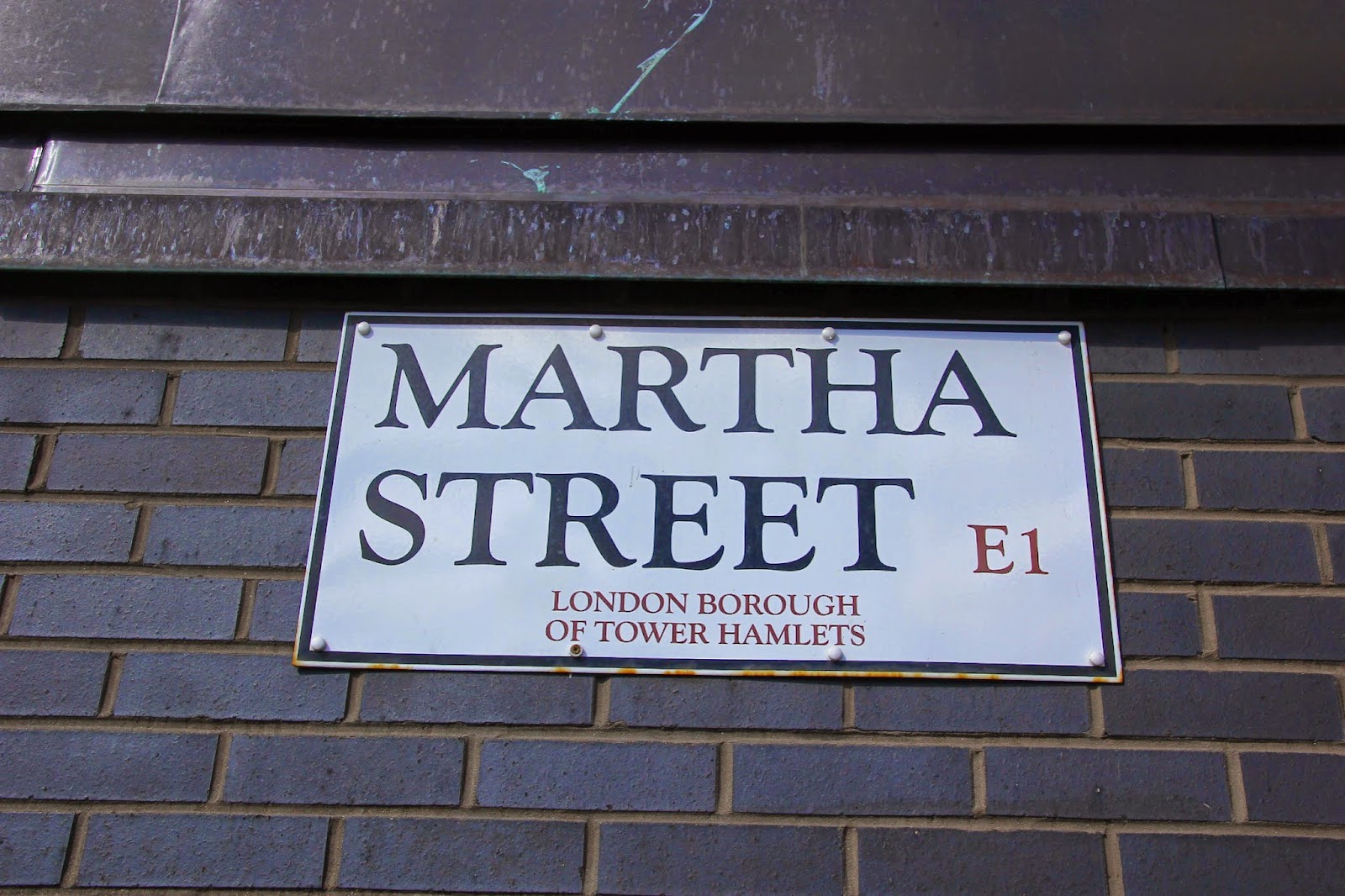 Couldn't help but smile when I spotted this! 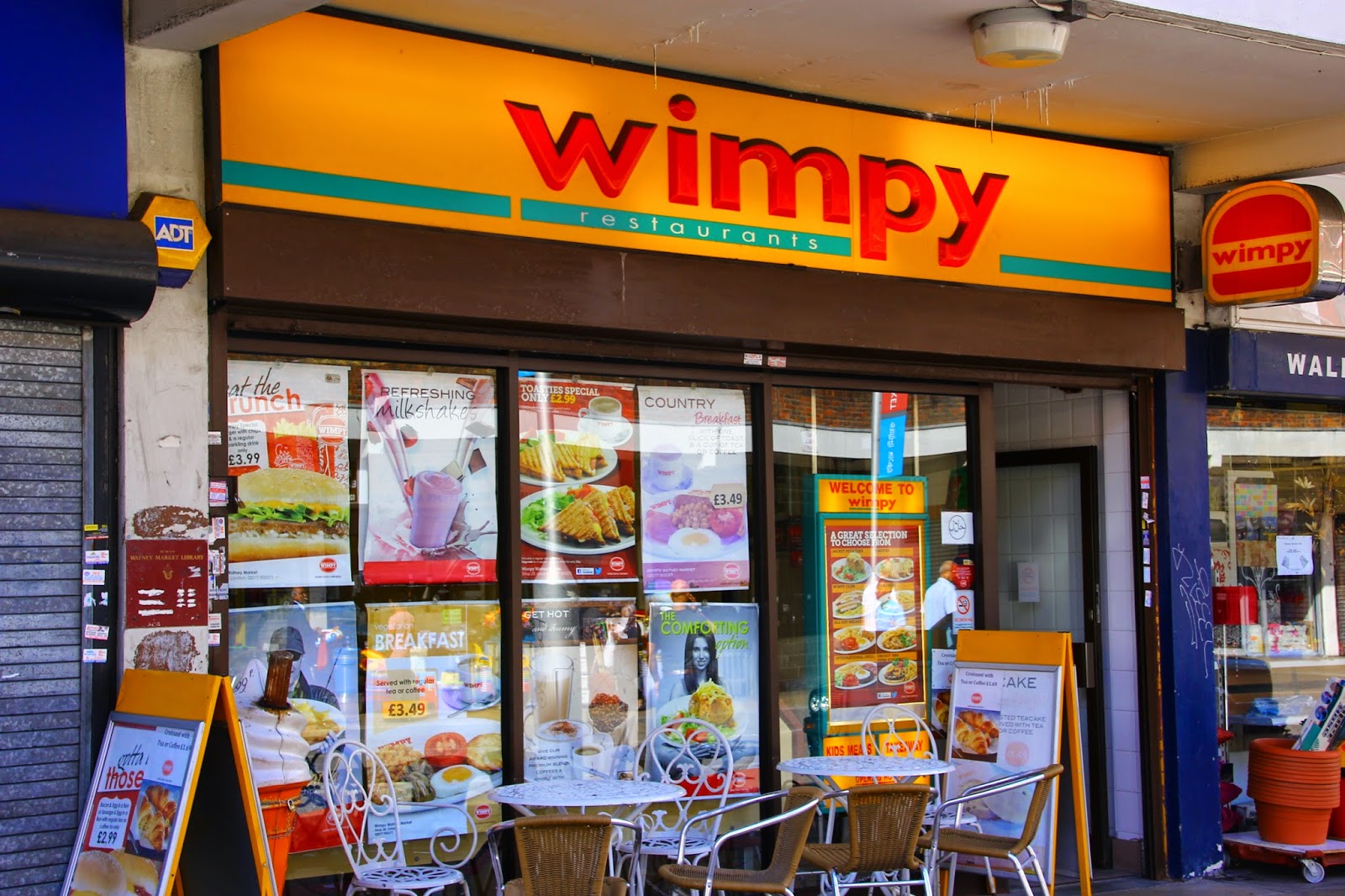 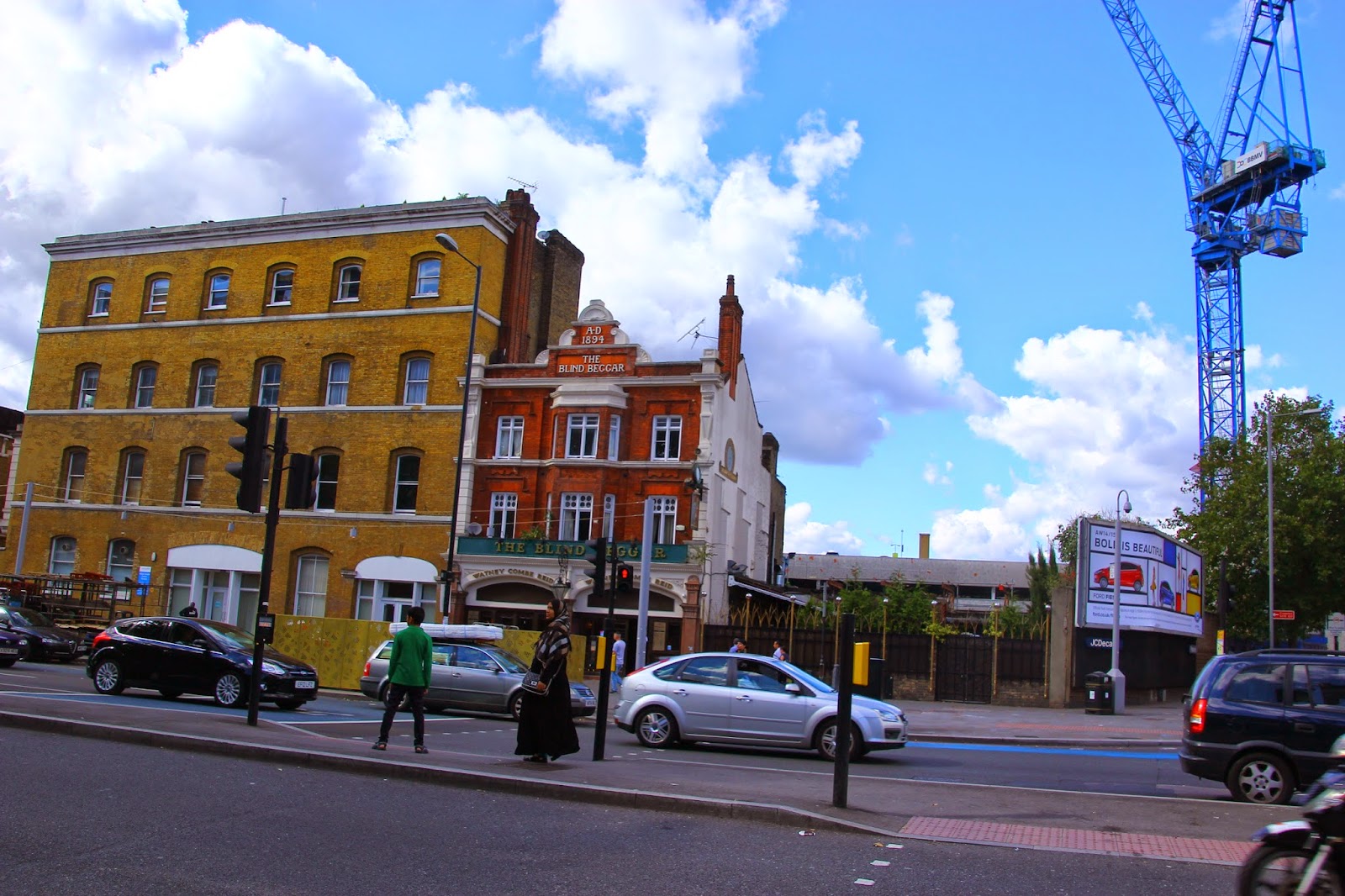 Now most of the walk past Wapping covered pubs linked to the Krays. Here is the Blind Beggar where Reggie Kray murdered gangster George Cornell in 1966 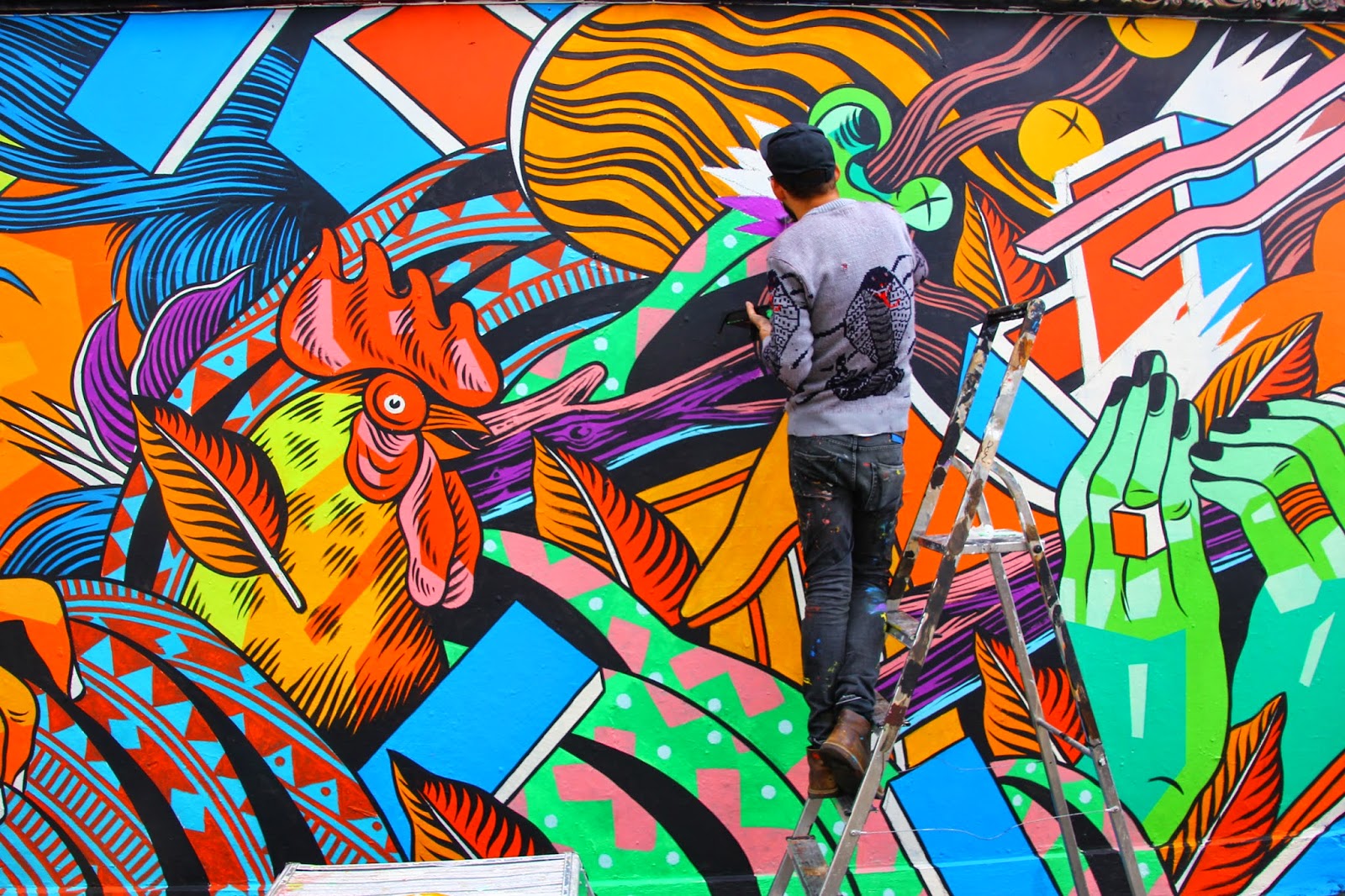 After a quick pit stop (read pint) in the Carpenter Arms on Cheshire Street which the Krays bought for their mum we ended up on Brick Lane where we spotted this mural being painted. 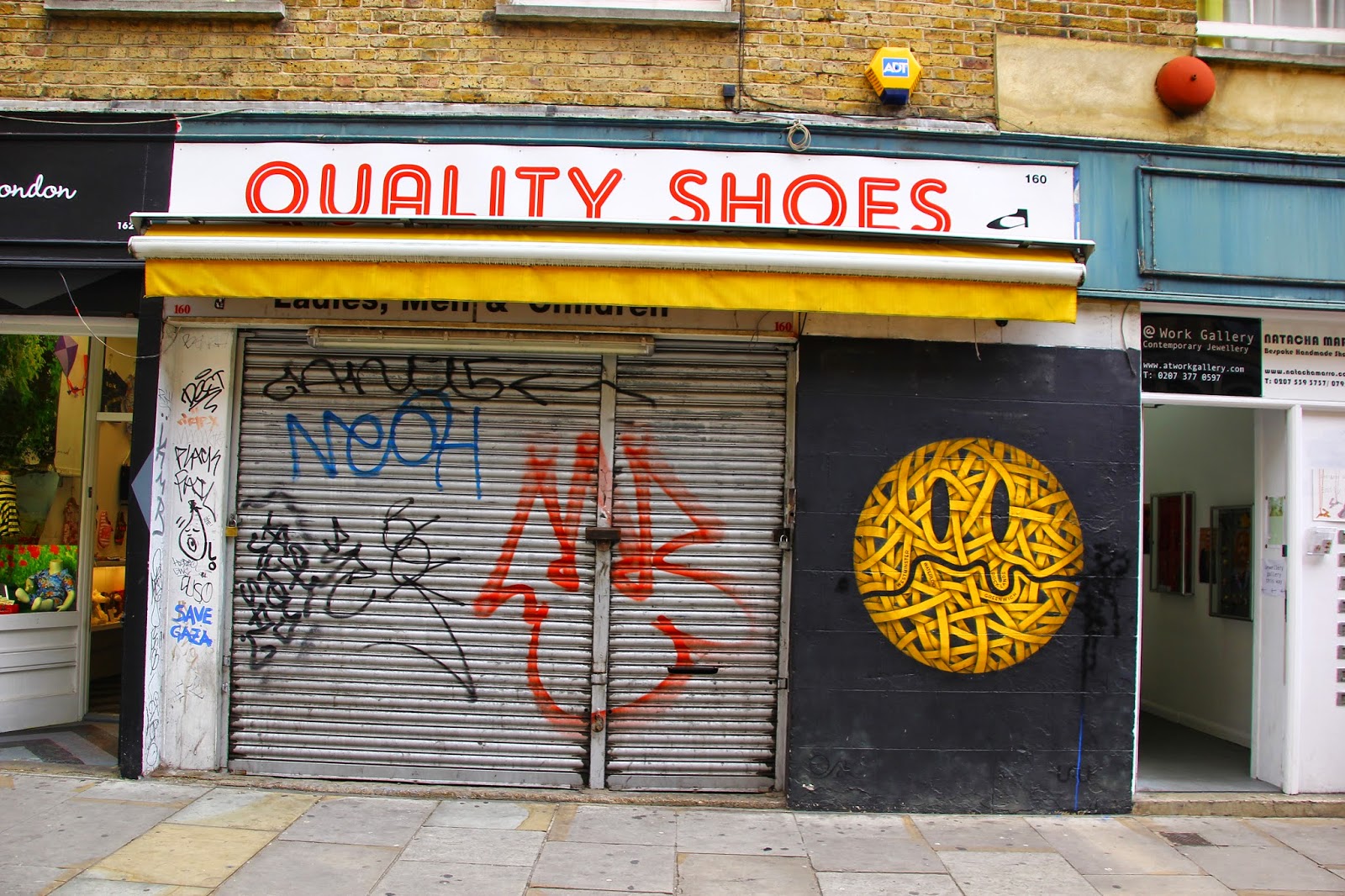 Which neatly takes me to one of my current favourite topics. Graffitti. Below is an example of the street art spotted out and about around Cheshire Street and Brick Lane. 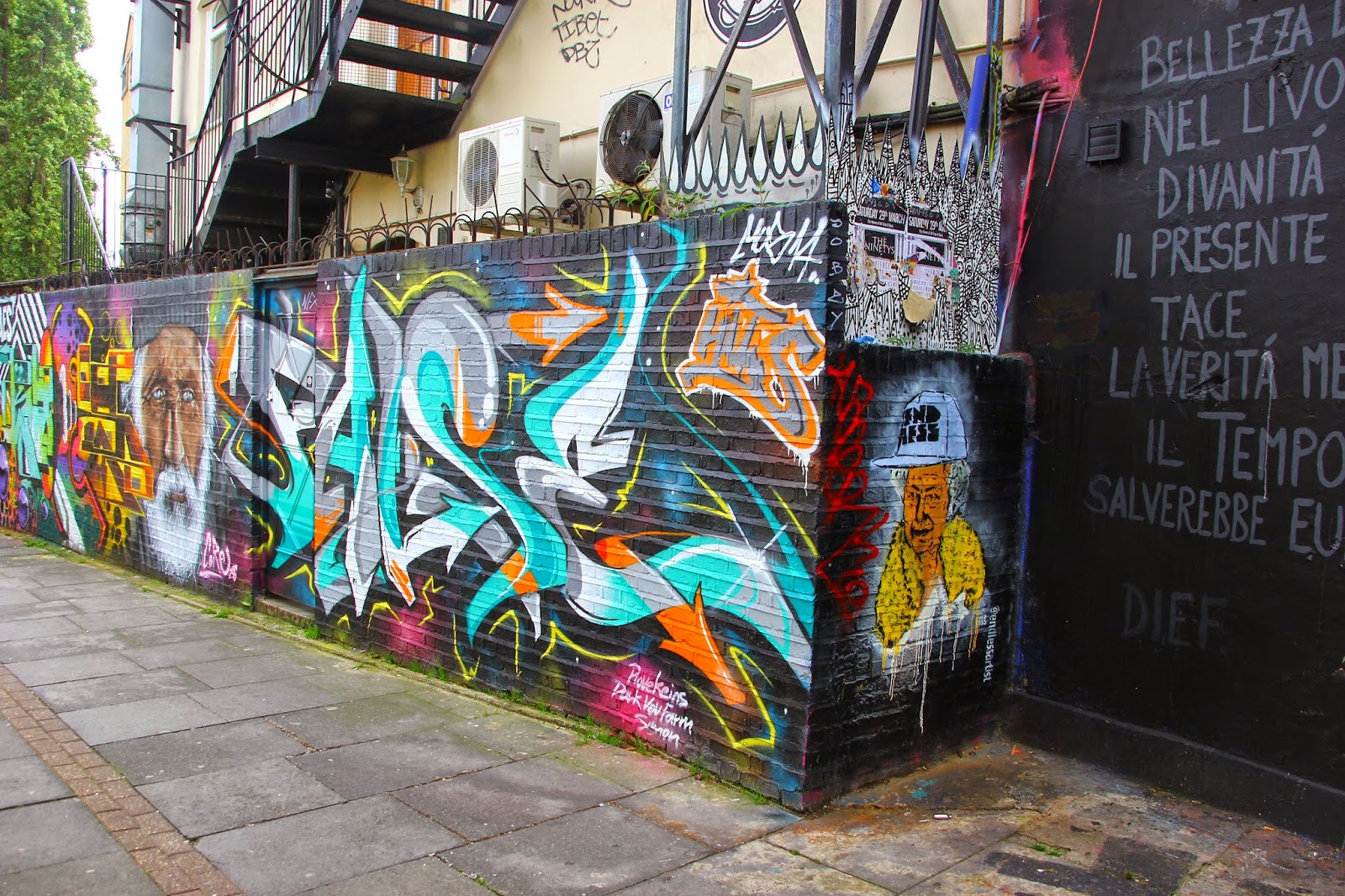 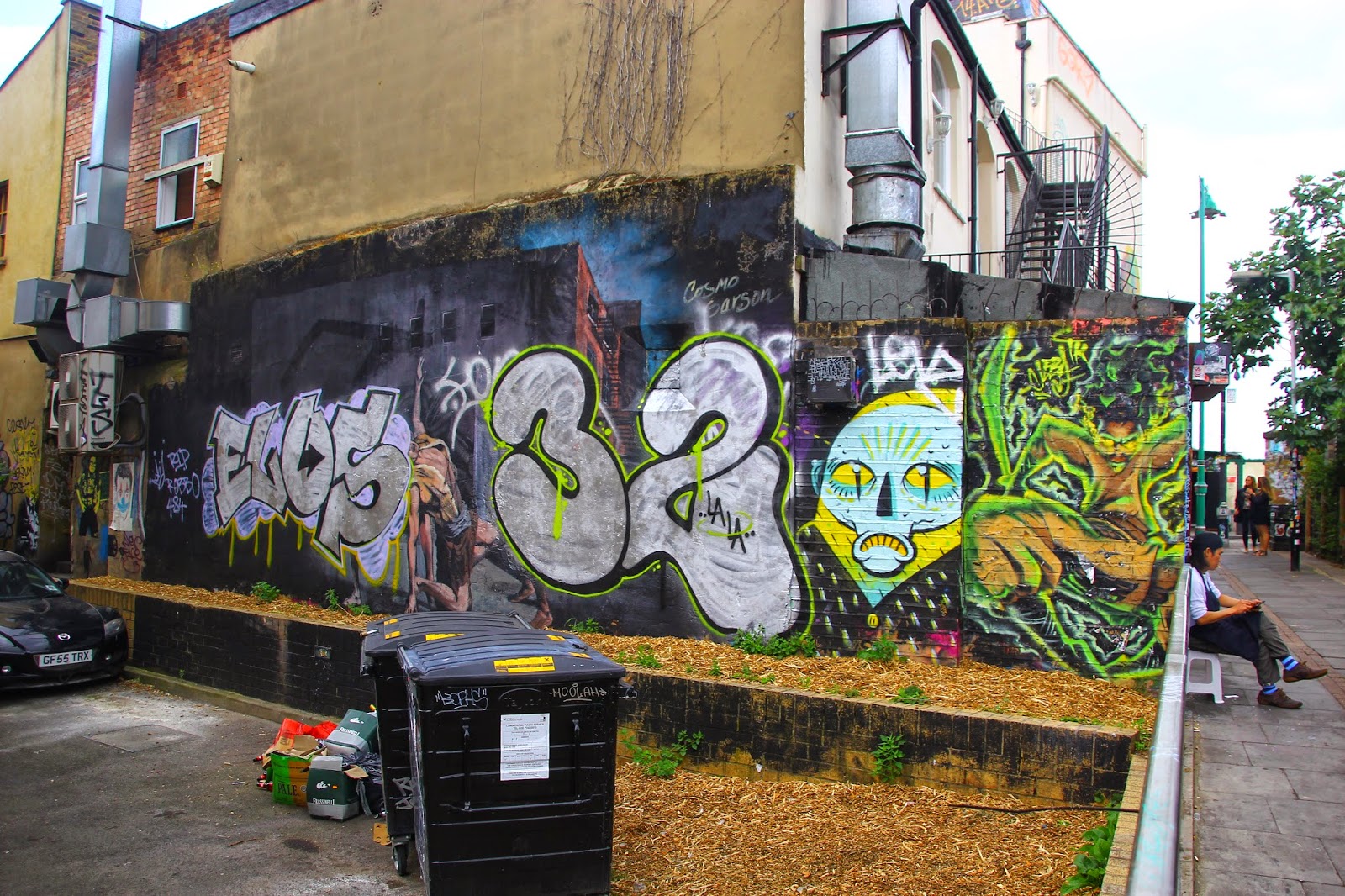 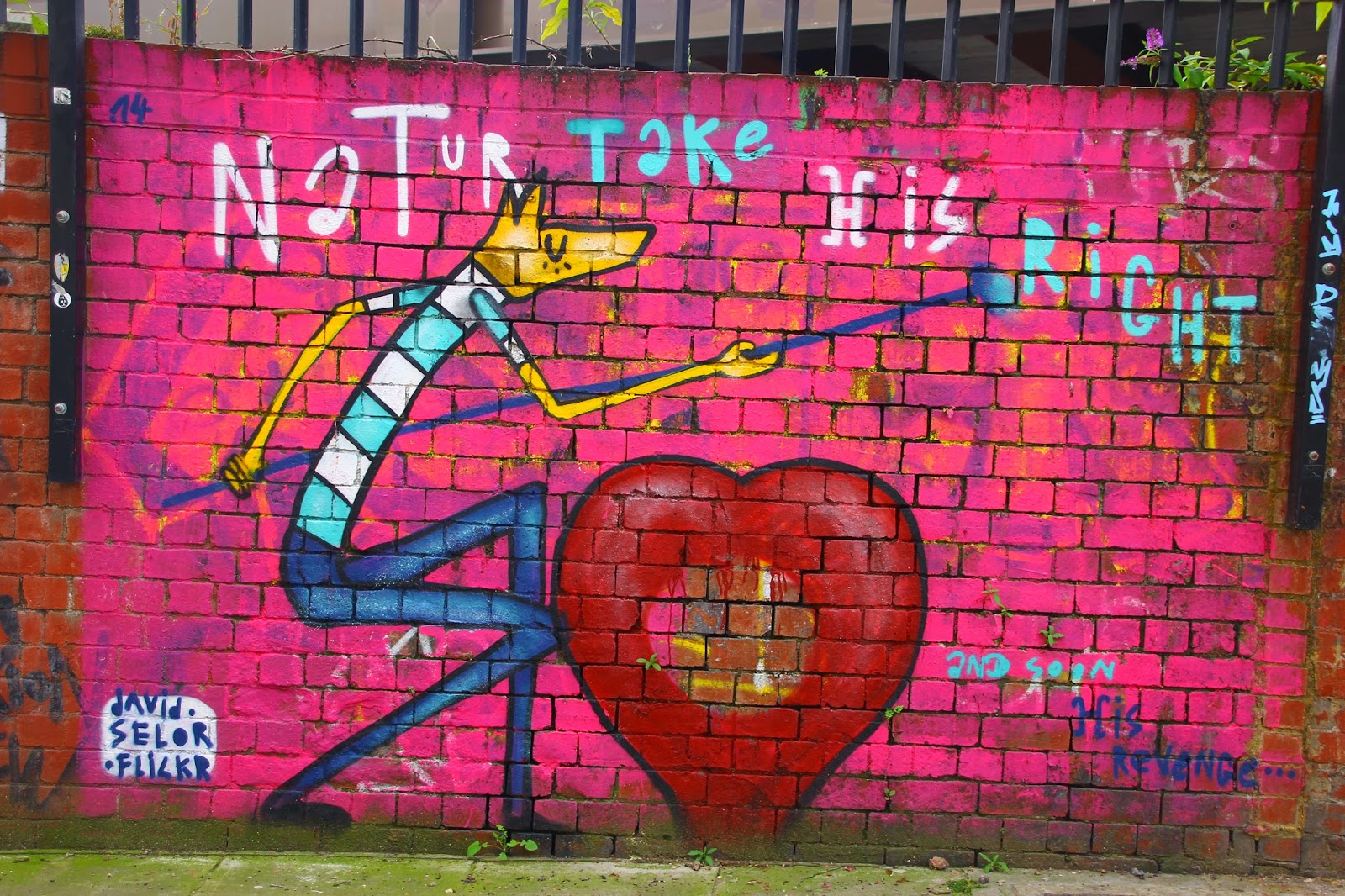 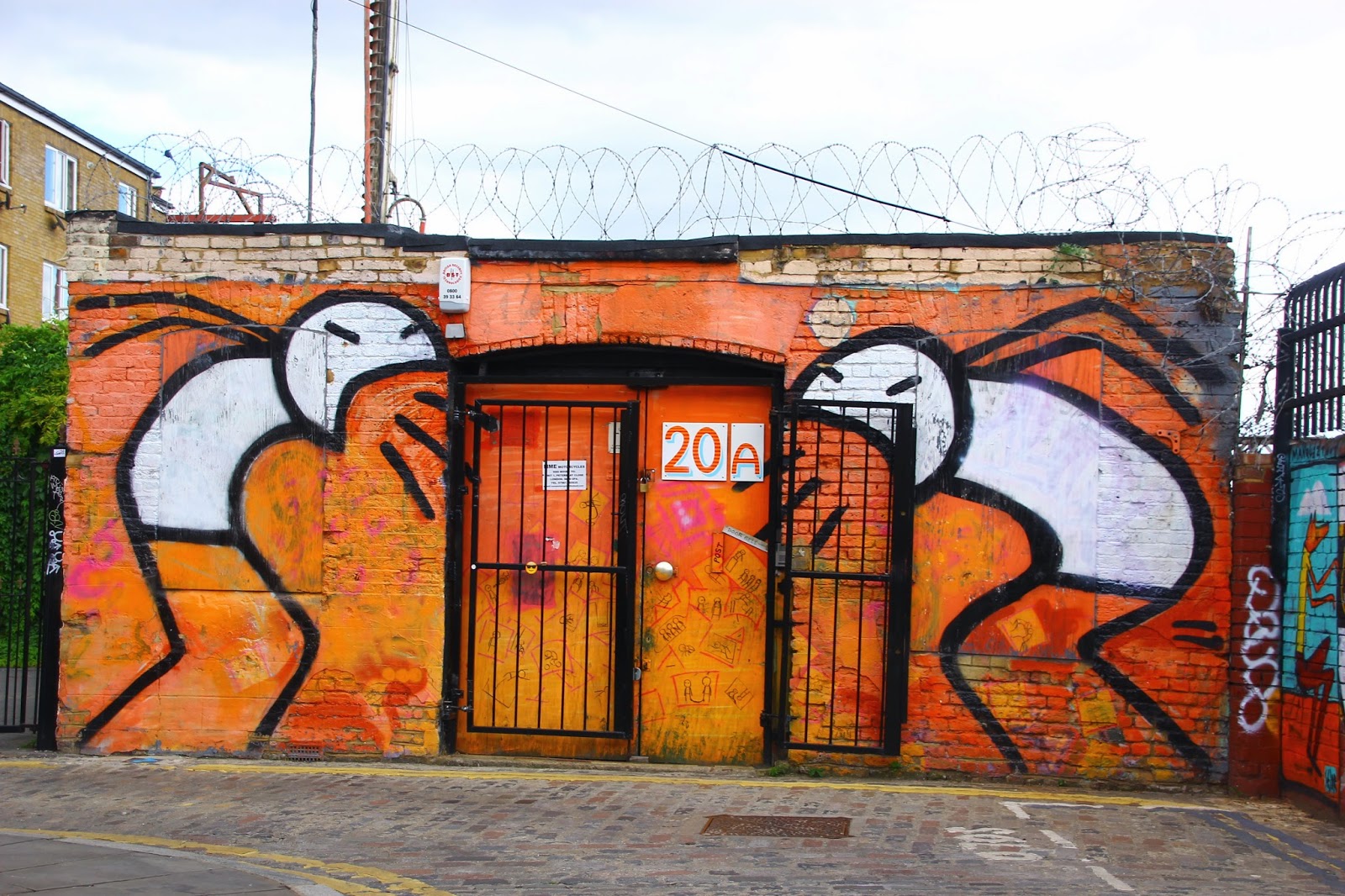 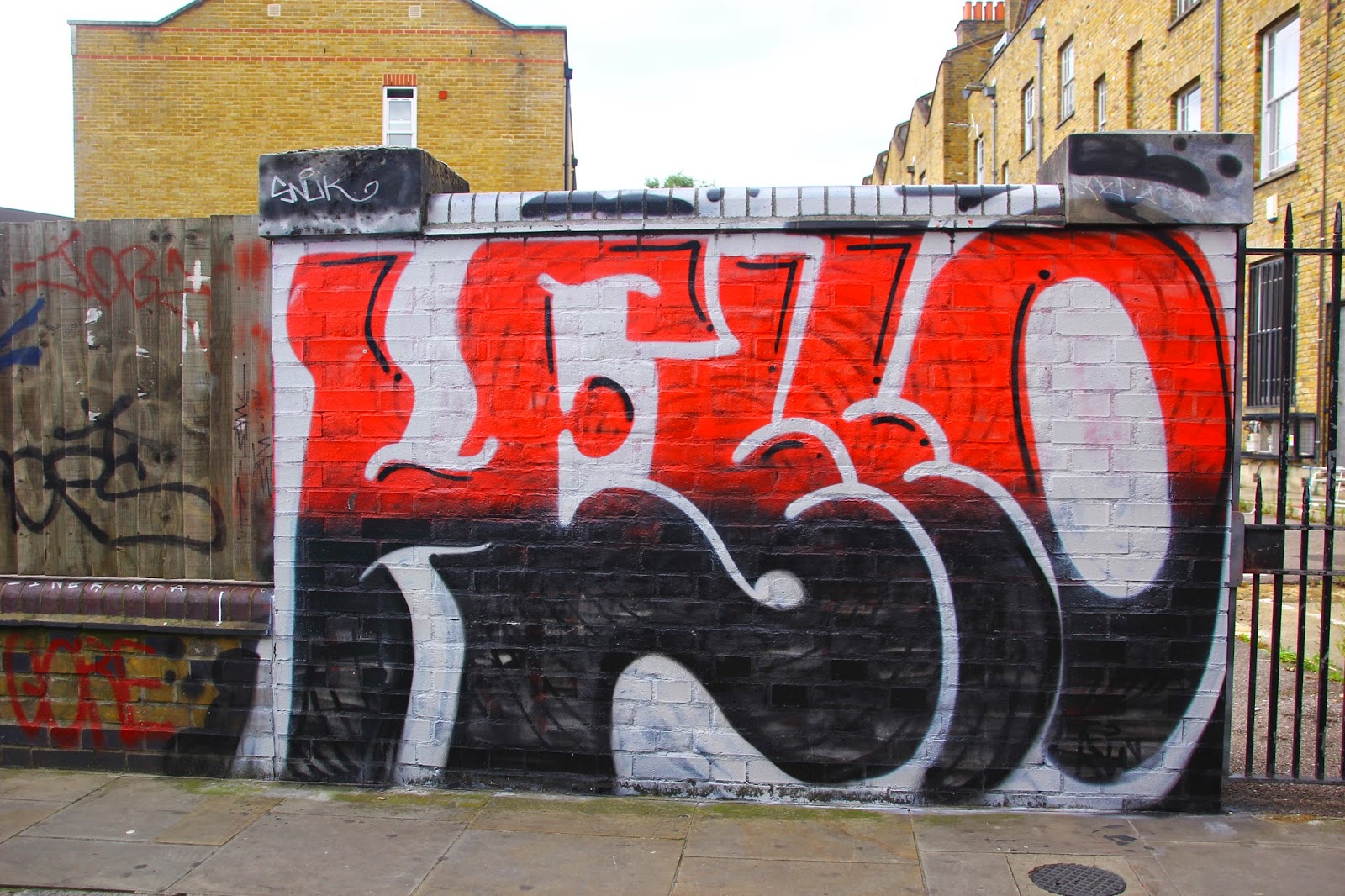 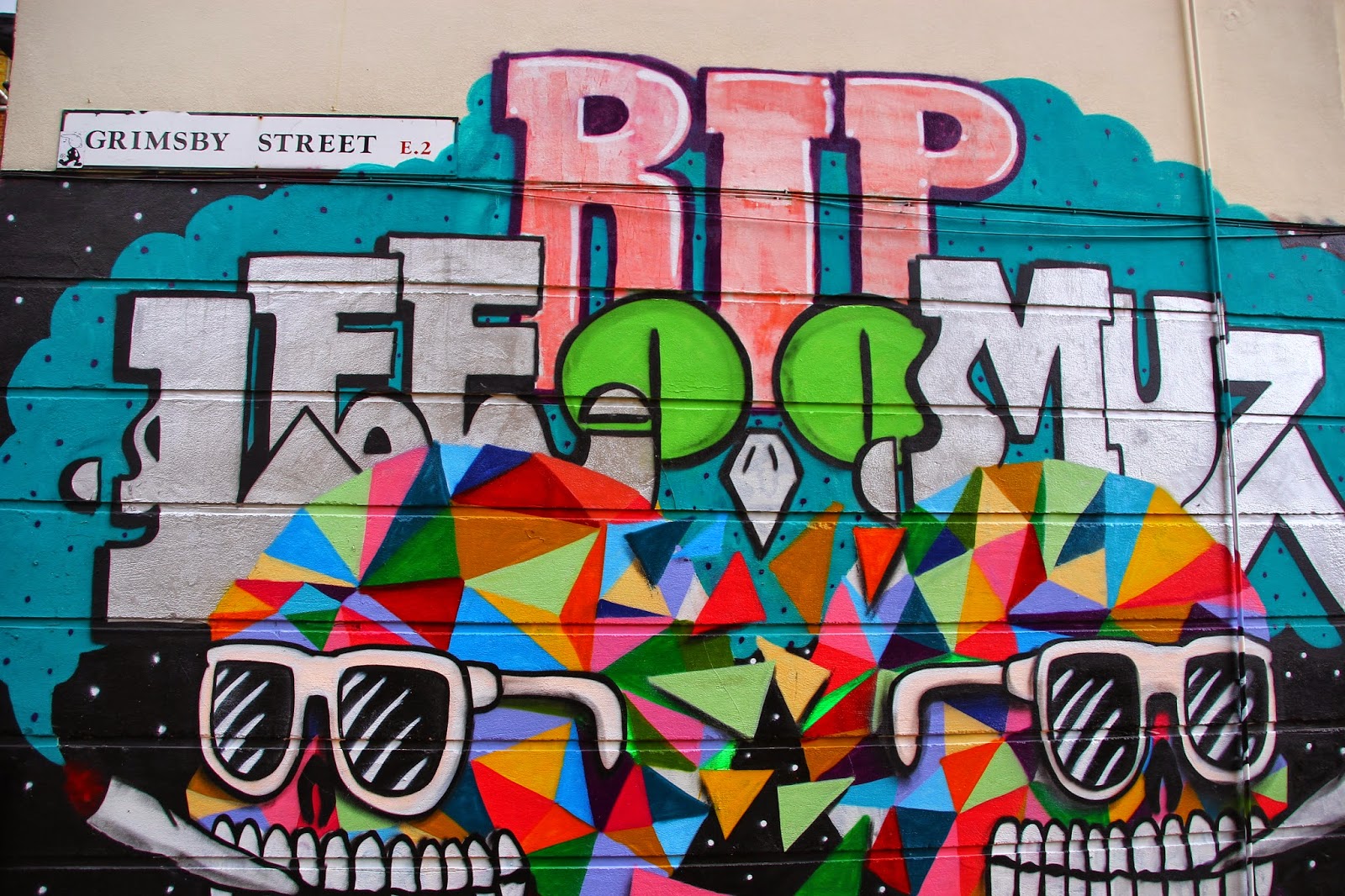 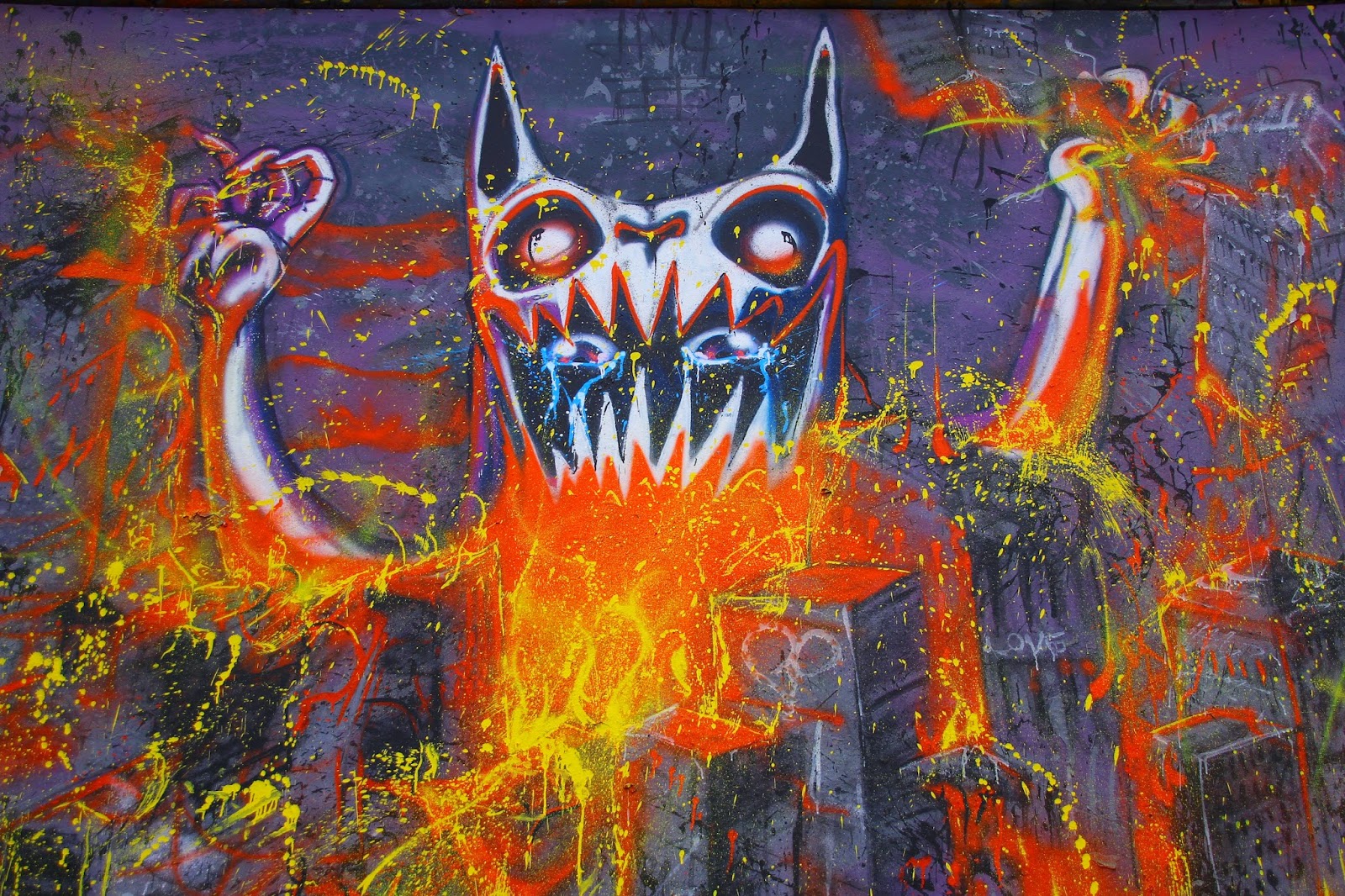 So there we have it. A nice walk featuring presents, pirates, gangsters, art installation, history and graffiti - what more could a girl ask for!
Labels: Brick Lane Cheshire Street graffitti Local History London Walks photography 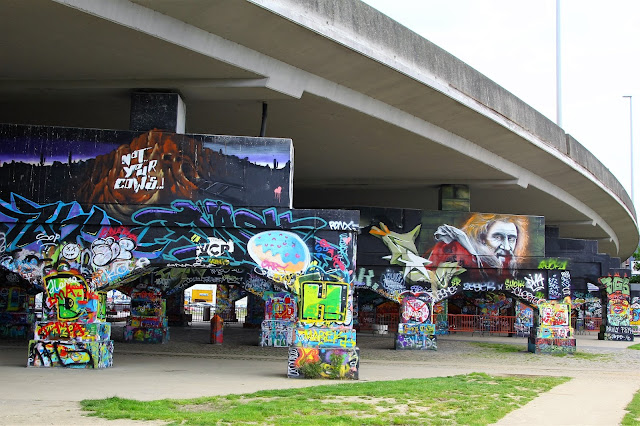 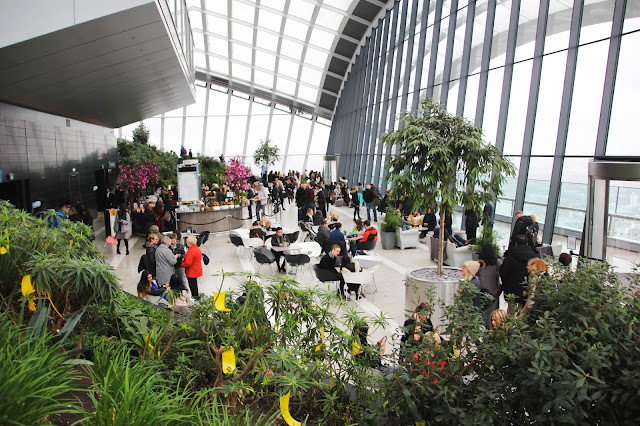 Sky Garden in the rain